Club trip to Marsa Shagra in Marsa Alam Egypt.
Jae, Jane, Maggie and I headed off to Gatwick for a flight to Marsa Alam very early on Thursday 29th March 2018.

Marsa Shagra is an eco-village right on the coast 30 min. drive south of Marsa Alam. The accommodation is spread over a large area and consists of Bedouin tents, chalets and deluxe chalets. We plumped for the deluxe chalets. Marsa shagra predominantly caters for divers and snorkelers. You can do as much diving as you like on the house reef which you can access by the shore or pop into a rib which will drop you off further out on north or south reef and pick you up or alternatively you can swim back in by shore. My navigation skills are very suspect, but it is hard to get lost so long as you stick to the rule of keeping reef on your left or right depending on which reef you are on and which direction you are going in.
The first few days Jane, Maggie and I explored the house reef while Jae was completing a PADI open water course. We saw a dolphin swimming close by and 2 large turtles on the first dive, so we were off to a great start. The coral is in a much better condition than the reefs nearer to Hurgarda and Sharm, with unusual formations and colours. The topography in some areas was stunning. There was also a wider variety fish life. I saw turtles almost every day, blue spotted rays swimming around, crocodile fish, and the usual clown fish, different varieties of trigger fish (Picasso was my favourite), grouper and many more.
On day 3 some of us went on the rib to the ‘Long Canyon’ which was about a 20min. chug out. This dive started off with a vibrant red anemone (not in cavern) and then a discovery of a very long cavern which took at least 15 min. to go through and was a sheer delight. It became narrow in a few places however there were plenty of openings to bring in light and it was a shallow 8m – 10m dive.
There was a lot of activity in the house reef when we returned as there had been a pod of dolphins in the bay all morning. I quickly took off my dive kit once back at base and grabbed my snorkel heading back to the rib. I instructed the skipper to take me to the dolphins as didn’t want to waste any time swimming out to them. He kindly obliged and I timed my jump into the water as they were swimming towards the rib. There were about 20 dolphins enjoying playing with the snorkelers (unfortunately I couldn’t duck dive as was too buoyant with my wet suit on). It was a real treat and they kept swimming back every 2-3 min.
There are daily trips (20.min rib) to Elphinstone which is a very famous reef for shark spotting. It is a more adventurous dive with a 200m drop off and sometimes there are currents on this dive. Within a few minutes I saw a reef shark and also saw a very pretty scorpion fish on the reef. Manta rays were spotted a few days earlier but not today.
During the week we booked trips to other reefs along the shore that are accessible by bus. Marsa Egla was our hope to see a dugong which were spotted the week before but was not to be on our dive. However, saw a very large turtle eating the grass until he noticed he was surrounded and quickly headed off to the surface.

Towards the end of the trip we were keen to stick to the house reef as really appreciated how good it was. Jae saw a moray on her night dive and I spotted a crocodile fish. The last dive was further out on the south reef. We didn’t see any turtles or dolphins (although Jane saw a moray eel) but is was just a beautifully scenic dive with such a variety of coral. Jae had made great progress in her diving during the week and had mastered perfect buoyancy on her 3 min. stop at 5m which was a perfect ending to the trip.

Overall, I found it to be a very relaxing and enjoyable holiday and I preferred it to a liveaboard. The staff were friendly and accommodating and quickly learnt our names and preferences, including Maggie’s penchant for red wine. There were divers of all nationalities who were all relaxed and friendly which all added to a very pleasant week of diving. 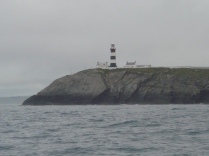 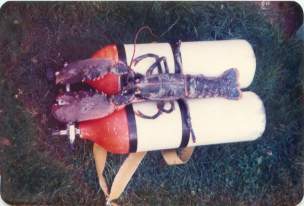 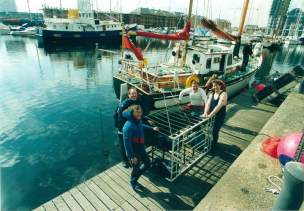 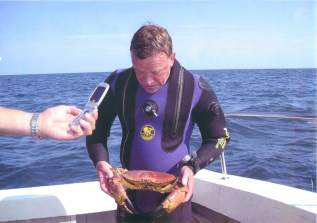 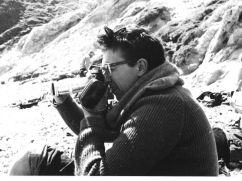 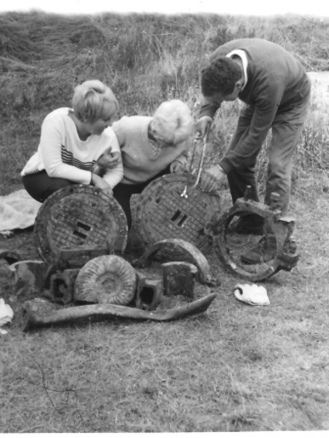 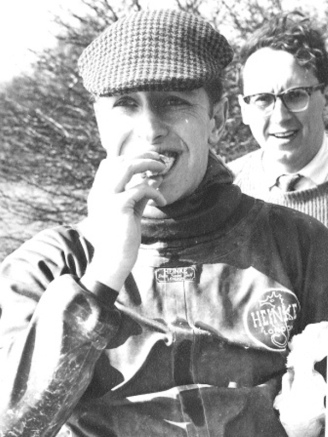 John Kelly with his tender on 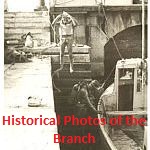 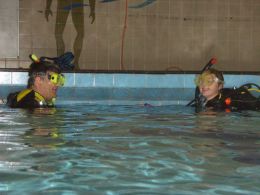 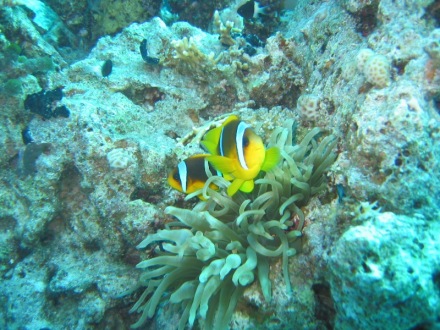 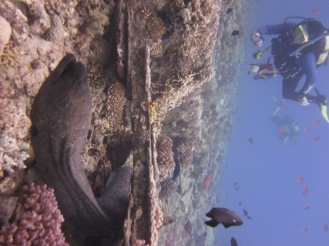